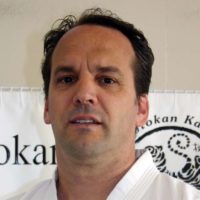 Vance Jones – Sandan (3rd degree black belt) started practicing at the Whittier Dojo in 1987. He moved to the bay area and trained under the late Godan Daniel Chemla. Vance is currently one of the instructors for the adult classes at the Berkeley YMCA Dojo. In 1996, Vance won first place in the norcal ska sparring tournament. Vance was promoted to 3rd degree black belt in 2008.
Other than karate, Vance is interested in triathlons and is a finisher of a full Ironman triathlon. 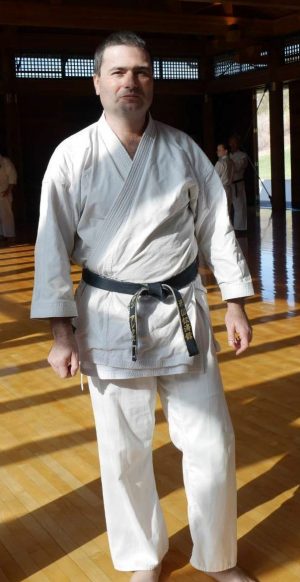 Alex Gitelman – Sandan (3rd degree black belt) started practicing at Saratoga and Berkeley dojos in 1999. He is currently dojo leader and one of the instructors for the adult classes. Outside of karate practice, Alex is a software engineer who likes to travel and spend time with his family. 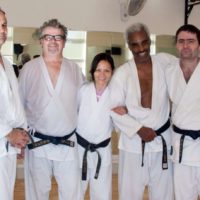 Forest Rouse – Nidan (2nd degree black belt), Dojo Manager. Forest started practicing at the Berkeley YMCA in the year 2000 when he was 45.  He was a sprinter in his youth (ran for one year at Stanford).  He is an ex professor of physics who is now a software engineer who enjoys books and travel. As an Amazon Associate, SKA earns from qualifying purchases